Metformin is the first drug given to people with type 2 diabetes. This is why. 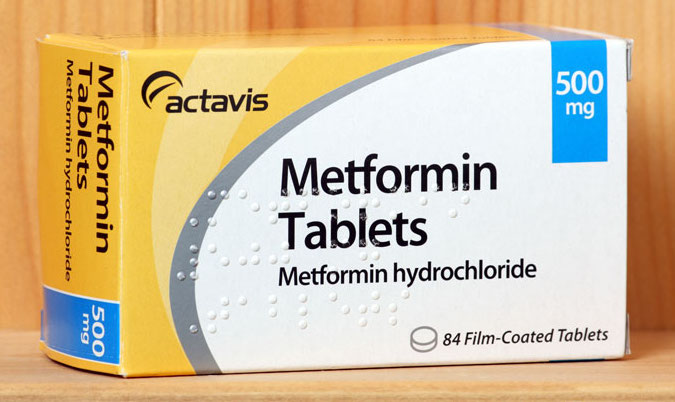 Subscribe to Receive One of Our Helpful Free Guides

Click the guide that would be the most useful 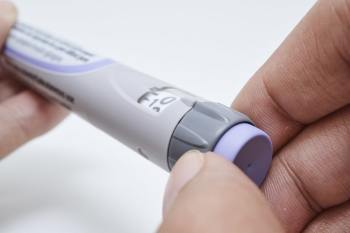 6 things you need to know about Metformin 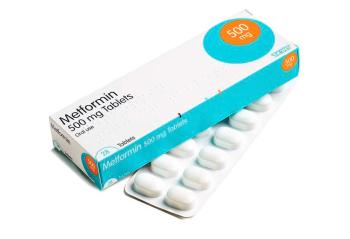 5 questions you must ask your doctor if you have diabetes 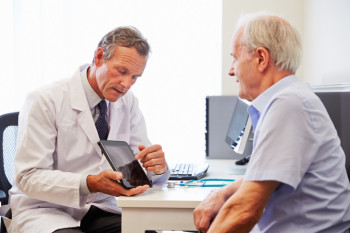 6 simple tricks to help you lose weight if using Ozempic,Trulicity or Rybelsus 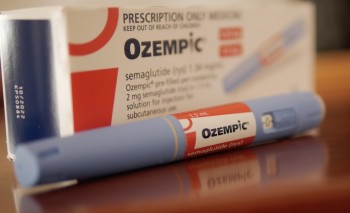 Metformin belongs to a family of medications called biguanides. Metformin is the generic name of the drug. There are many brand names. Brand names of metformin include: Glucophage; Glucophage XR; Diaformin; Diabex; Fortamet; Glumetza; Riomet.

Metformin is the number one drug of choice by doctors to commence when someone is diagnosed with type 2 diabetes. It is considered the first line of therapy.

Why is this? Working to improve the ways our natural insulin works in our body and helping to regulate blood sugars by its action on the liver, metformin also has been associated with no hypoglycaemia (low blood sugars); no weight gain (and some studies even suggest weight loss) and is generally well tolerated.

It is one of the most affordable diabetes medications available and is increasingly being researched as it seems to have a number of other beneficial effects, playing a role in heart health, stroke prevention, cancer and general anti-ageing (Benefits of Metformin - read more below). Originally deriving from a plant, the French lilac, metformin has been around for a very long time, centuries in fact, and in its current tablet form since the 1970’s.

Introducing changes to your diet and exercise in combination with metformin have the biggest benefits in regulating blood sugars. Sometimes Metformin is started in pre-diabetes to try and halt the progression to diagnosis and also in gestational diabetes, with or without insulin. It is commonly given in combination with other diabetes medications if blood sugars are not within normal range.

Type 2 diabetes is an elevation in blood sugars that occurs when a sugar, called glucose, can’t get into your fat and muscles where it is needed. Elevated blood glucose damages the lining of blood vessels leading to a range of complications in various organs of the body.

To learn more and what type 2 diabetes is, you can read more from our dedicated Type 2 Diabetes Mellitus page.

Since metformin is the number one drug of choice for people with type 2 diabetes, keep reading to learn more about metformin, including the benefits of metformin, and the side effects of metformin, for example diarrhoea.

The Benefits of Metformin

Metformin has been in the news quite a bit recently… Its’ been heralded as the answer to anti-ageing with major benefits to our health including our heart, stroke prevention and even warding off cancer. It does have side effects initially for about 10% of users (mainly diarrhoea and nausea), but if affected should only last a couple of weeks, is it worth it?

Read on to find out what we know so far.

Metformin does not actually stimulate insulin production but instead works on the cells in our body to make them more sensitive to our own insulin that we produce to help regulate levels of blood glucose. It also works on the liver to reduce the amount of glucose it releases into the bloodstream. A third way that Metformin works is by having a direct effect on the gut to slow down the absorption of glucose from the food that we eat. The fact that Metformin does not actually stimulate insulin production means that it is not causing an increase in the amount of insulin produced in the body which is good news indeed. As insulin is a natural growth hormone it has been linked to an increase in cancers along with obesity which increases the need for insulin in the body.

Recent studies (New Users of Metformin Are at Low Risk of Incident Cancer by Libby et al and Metformin Associated With Lower Cancer Mortality in Type 2 Diabetes ZODIAC-16) observed that people on metformin had about half as many incidences of cancer than those not taking the drug. It is thought that this affect is a result of minimising DNA damage by decreasing reactive oxygen in our cells, effectively acting as a powerful antioxidant in preventing tumour growth. As these studies have only examined cancer risk retrospectively, large clinical trials are now underway such as the Targeting Aging with Metformin (TAME) in the USA which is collecting data over a 5-year period not only looking at the occurrence of cancers but also cardiovascular events, dementia and deaths. However, from the evidence we have so far is seems that metformin is useful in the prevention and possibly even treatment of cancers.

A very important trial which ran over 10 years, The United Kingdom Prospective Diabetes Study (UKPDS) (Effect of intensive blood-glucose control with metformin on complications in overweight patients with type 2 diabetes (UKPDS 34)) found that obese patients who were given metformin had fewer cardiovascular events than those who were given alternative drugs for diabetes (sulphonylurea or insulin) as initial treatment. This has been further backed up by other studies (Long-term Effects of Metformin on Metabolism and Microvascular and Macrovascular Disease in Patients With Type 2 Diabetes Mellitus) including one which compared metformin with a placebo which indicates that metformin use is linked to a reduction in heart attacks; heart failure and strokes. It also has a positive effect on cholesterol levels further enhancing these heart protective qualities.

Although it is usually referred to as being a ‘weight neutral’ medication, some studies suggest that with many patients there is some weight reduction when taking metformin (Weight Management in Type 2 Diabetes: Current and Emerging Approaches to Treatment).

In the systematic review, (Metformin Use Associated with Reduced Risk of Dementia in Patients with Diabetes: A Systematic Review and Meta-Analysis) it was suggested that metformin may play a role in neuroprotection and preservation of cognitive function in people with diabetes. More data is still required, however. It is important to note that metformin should not be used by individuals without diabetes for the prevention of dementia as there is no evidence to support this use.

Even though we are waiting for the completion of studies such as TAME (Metformin as a Tool to Target Aging) to find out whether metformin can really delay the onset of age related diseases the evidence is building and metformin can indeed be seen to have many beneficial effects other than regulating blood glucose levels.

It appears that the longer the user is on metformin the greater these effects are and that it could actually extend your life (Metformin: Do we finally have an anti-aging drug?). As it is also an inexpensive drug it is now considered to be first line therapy for those diagnosed with type 2 diabetes but may also be of benefit to those without diabetes.

How to Take Metformin

It is really important to start on a low dose of usually 500mg once a day with food, increasing after 2 weeks to either twice daily or at an increased daily dose with your evening meal. You will then increase doses at these time-points as instructed by your doctor depending on the effects on your blood sugars. This is because most side effects are gastrointestinal, with nausea and diarrhoea being the most common (Metformin and diarrhoea).


The usual dose of metformin is 2000mg to 3000mg daily in divided doses. It can be taken three times a day with meals to try and further regulate blood sugars. Tablets need to be swallowed whole, not crushed (a liquid formula is available if unable to swallow). If you forget to take a dose it is best to miss and take the next dose as usual.

When to Take Metformin

When someone with diabetes first starts taking metformin, typically it’s started as a once-daily dose with dinner (or your last meal). After one to two weeks, a second daily dose of metformin is added (taken at breakfast time). When taking metformin, it should be taken at about the same time every day and with a glass of water.

Side Effects of Metformin

If you have have started metformin, you might be wondering: 'why do I get diarrhoea with metformin?' About 10-50% of people report some diarrhoea when starting on Metformin (The Prevalence of Chronic Diarrhea Among Diabetic Patients). The introduction of extended release formulations has significantly decreased the incidence of this to about 10%. Flatulence, abdominal bloating also can happen and symptoms are often dose related. The good news is, if you are experiencing mild or infrequent diarrhoea and it does not resolve within 2 weeks. If the diarrhoea is severe, you must talk to your doctor as a reduced dose or change in formula can often be the answer. Most people do tolerate this drug well and with less than 5 % of all people on metformin having to stop taking it as a result of side effects.

Nasuea is another common gastrointestinal side effect of metformin. This affects about 7% of people but is reported to be higher if not taking a slow release formula (definitely worth checking out what you have been prescribed) (Metformin in Noninsulin‐Dependent Diabetes Mellitus). If it is continuing then it is not normal and will need to be discussed with your doctor. It is important to have this medication at mealtimes to minimize these effects.

About 30% of people taking metformin experience a reduced ability to absorb B12 from the intestine and this results in about 5-10% having a B12 deficiency (Vitamin B12 deficiency and diabetes). A low B12 level can result in fatigue and other symptoms seen in anaemia but also causes peripheral neuropathy- pins and needles or numbness in the feet or hands. B12 levels can be checked via routine blood tests. B12 supplements are available by a small monthly injection over 3 months if levels are depleted as it is difficult to get enough in our diet to increase levels.

A few people complain of a metallic taste (up to 3%) (Metformin in Noninsulin‐Dependent Diabetes Mellitus) and this should resolve once your body gets used to the medication. If it continues talk to your doctor.

Some people have noticed an odour from the metformin tablets that is fishy or like a “locker room sweat”. Again, this is an unusual experience but If concerned speak to your pharmacist as a different brand can be given.

Is Metformin safe in Pregnancy?

B12 deficiency and Metformin